Experience a speaker who knows how to combine entertainment, seriousness and academic points. Farshad Kholghi is known for his sharp opinions and inspiring stories that capture audiences of all ages and professions. Farshads lectures are entertaining, energetic, inspiring and uplifting. Farshad has twenty years experience as an entertainer and entrepreneur in the entertainment industry. He has starred in TV series, movies, theater, revues and musical shows. He is also a widely used debater, and he has written several books and anthologies. He has had columns and articles in Jyllands Posten, Berlingske Tidende, Femina and Metro Express. With humor, energy and precision are Farshad ready to give the audience an inspiring experience that gives them concrete tools and motivation to see new opportunities to take personal responsibility and get better penetration. Farshads energetic narrative style maintains especially young audiences and it has made him one of the most popular lecturers for schools, colleges and trade schools. Farshads life has been marked by dramatic changes. In 1984 he fled with his family from Iran to Denmark. He had to start from scratch to create a new life. The changes and challenges that came with the escape from Iran has helped to enrich his life with invaluable experience, which is the foundation of his stories and lectures.

Lecture 1: Become integrated in one night

A guide to effective integration and democratic education – based on 30 years of personal experience. The huge migration from the Middle East to Europe is going to change the demographic situation in Denmark. In the coming years, democratic society and its norms be challenged. Therefore, there is now – more than ever – need a concrete and realistic plan for effective integration and democratic formation of the new arrivals. The lecture offers concrete proposals and long-term solutions on how common sense can solve the eternal challenge – namely integration. It will focus on: Democratic formation, readiness for change, cultural understanding, Danish humor, language, friendship and neighborliness. Lecture audience: Teachers and educators, police, social services, employers, refugees and engaged citizens. The lecture is not partisan – either right-wing or left-wing; but merely informed. Farshad Kholghi was born in Iran and fled to Denmark at age 14. Today he works as an actor, writer and comedian. Since 1999 he has been a widely used lecturer.

Lecture 2: You can move mountains!

“You can move mountains!” Is a personal and entertaining lecture on a simple way to inspire the individual to drop the habit and regard changes as opportunities instead of obstacles. Using image-rich and humorous stories illustrate Farshad the changes he both privately and professionally has been through – and still must go through.

Is the story of Farshads escape from a war-stricken country to his first meeting with a Danish family. A highly entertaining, touching and thought-provoking story of war, flight and meeting with a new country that gave security – but also great challenges. The lecture is Farshads most popular lecture, that he has appeared in over ten years.

Lecture 4: Every man his happy pill

A life-affirming talk about it, as more than 300 thousand Danes suffer from, namely the taboo ailment anxiety. In 2001, Farshad hit by anxiety, which threw him into a prolonged storm. The lecture is an honest and tragicomic report based on Farshads own experiences with anxiety that also creates inspiration for joy.

You can also order Farshad Kholghi to speak on the following topics:

The hunt for Johnny Reimar

An energetic show that mixes the fun, the madness and the serious together for 50 minutes of terrific entertainment! “The hunt for Johnny Reimar” is about dreams, hope, change and the need for good teachers and role models in life. The story is a tribute to all those who helped and inspired Farshad to accept and cope with the changes and challenges that life offers. The show is a perfect choice if you want intelligent entertainment with meaning and music. Farshad sings and tells the story accompanied by pianist Jason Dove…………………………. 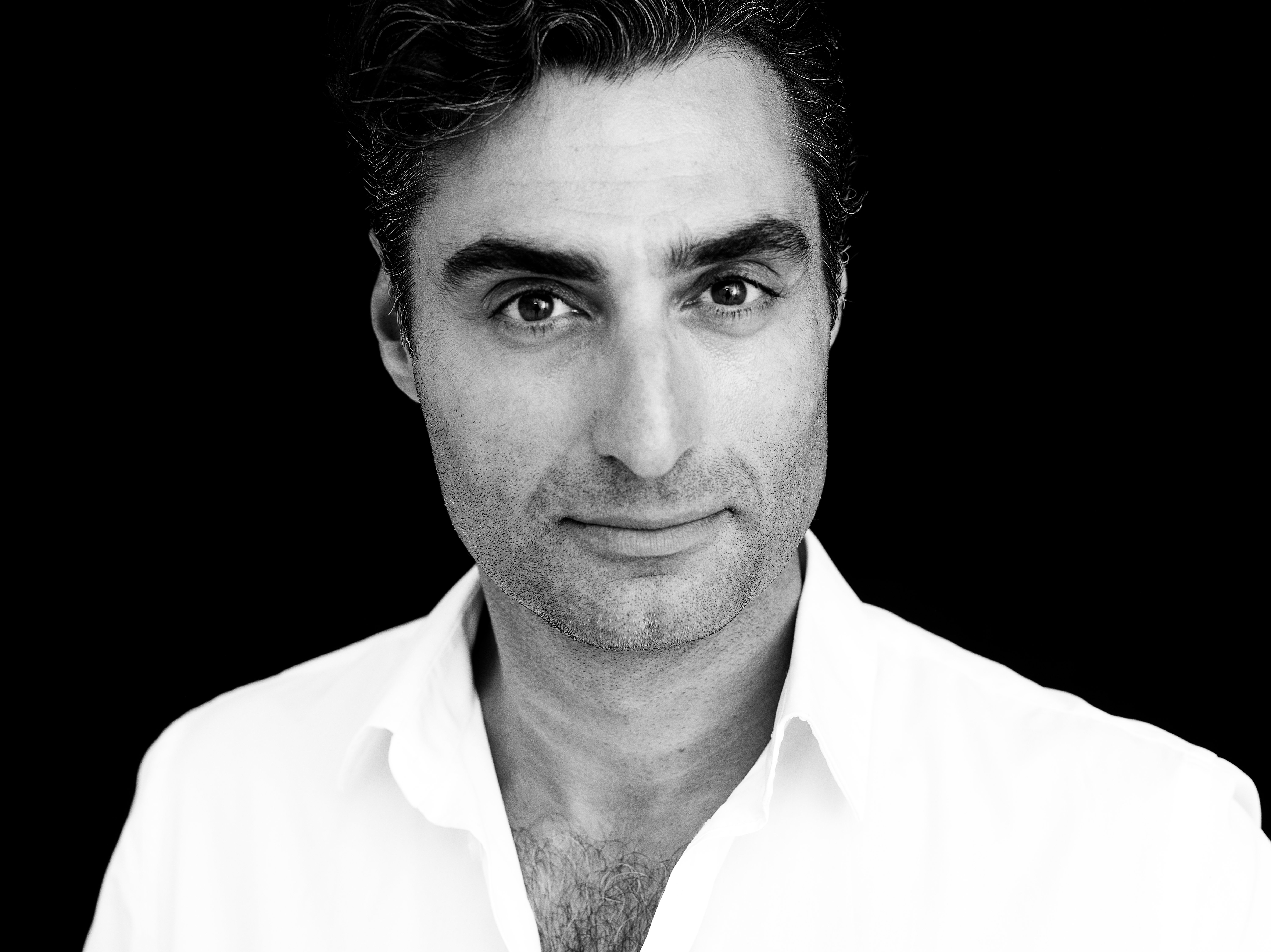